Win some, lose some

Americans must be rejoicing over the CNN report that COVID vaccines will arrive in all their 50 states on Monday. That is only less than a week from now. What about our country? Have we any hope of getting vaccines, and from what source? It is very sad to think that we do not seem to have any means of getting enough of this preventive to cover our population. But let us get consolation from the fact that this virus seems to be attacking more wealthy countries than our own. Perhaps it could be due to the fact that we are more prayerful, and responsive to restrictions for avoiding infections.

But there is some good news about vaccines. Even people who have phobias against injections can now await the vaccines recently concocted that can be taken orally. That means you can take it by the teaspoonful or tablespoonful. Let us hope, though, that its taste  will not make us decide that an injection is better tolerated. Will such vaccination be given to students in schools? When we were in elementary grades, the most fearful days were those when doctors and nurses would come to our school and everybody was obliged to get the shots.

I don’t know if that is still being done today, though. Maybe not, because I hear that newborn babies are often being given preventive shots already, and it will be some time before they will need another. But now that we are dealing with an entirely new and mysterious diseases, that has confounded medical people worldwide for several months, news comes out that a vaccine has already been produced to counter this COVID invasion. I wonder, though, if this will involve schools, as those vaccinations in the past did.

In a wealthy country such as the United States, vaccinating its people may be no problem except for those who refuse outright to accept it. A CNN report said the other day that, people in all 50 states of the U.S. will be subjected to vaccination. And they have a new type of vaccine that has proven more effective than earlier ones produced. Will they share it with other countries, and can we afford it? But the Americans have a lot to worry about. The same news item said that the U.S. has recorded more than 300,000 deaths from the COVID so far!

The most popular vaccines, are said to be those produced by Pfizer and Biontech, but it seems difficult for poor countries to avail of them because they are being “snapped up by the rich ones”. So, can the Philippines afford to acquire enough for its population? Maybe the wealthy families can afford to purchase them by ordering from abroad. But what about the poor ones who can hardly buy milk for their babies? What about those herbal cures mentioned earlier, can they be relied on to help? By the way, what about China, where this virus came from, how are they faring with it?

But we do not hear much news from that country, nor is it publicizing statistics or cures they have concocted for it. So it seems, every country must fend for its own. The latest, however, is that Japan and South Korea are among the hardest hit. Now, aren’t there a lot of talented medical and other professionals in those two countries? Haven’t they yet discovered a cure for this new virus that came from China? Meanwhile, China must have found an antidote to this COVID that came from its province of Wuhan, but is it sharing that with the rest of the  world?

That is a terrible thing being reported from Nigeria. Gunmen are said to be raiding schools and snatching students that they hold for ransoms by their parents! Of course they must be choosing children of well-to-do people who can afford to pay up. But what is the state doing about it? And what if the parents cannot afford to buy the freedom of their children? What a time for evil men to do their evil deeds! Do they not have families of their own? School authorities should be taken to task when that happens in their schools. They are supposed to be responsible for the safety of the students in their care.

Meanwhile, in the United States, there seems there is nothing defeated President Donald Trump can do to get back the White House. Even the Electoral College has  confirmed the victory of Joe Biden over him. Well, he still has  time to think of his options, but a return to the presidency is surely not among them. As for the declared winner, Joe Biden, why,  he is getting to look “presidential” already! As for Trump, he may hire all the topnotch lawyers in the country, but the ballots have spoken, and he might as well bite the bullet before he gets subjected to mockery. You win some, you lose some, as gamblers like to say.* 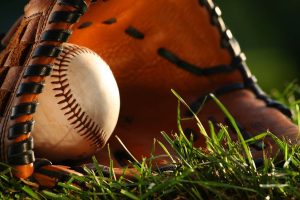 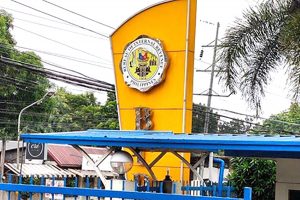