Why are Hongkongers fleeing?

Why is the U.S. burning? As of yesterday, reports were focusing on several areas, especially in the West Coast. Well, their President has already found someone, rather, an agency, to blame for it. He said it was poor forest management that had caused them. So will we hear of heads rolling after an investigation? And while the West is burning, hurricanes are drowning the gulf Coast and one of them has been given the name Sally. Were all the others Sally’s sisters, too?

In Manila, the police could hardly contain the ardor of devotees of the Black Nazarene, or the figure of Jesus portrayed as a dark-skinned person ,that is probably among the most popular object of devotees in the Philippines. And not only Filipinos are devoted to this representation of Jesus, Catholics from other countries are known to make pilgrimages to Manila, just to visit the Quiapo Church and pray before the image that is believed to grant the wishes of those who pray fervently before it.

So it was quite a task for the police to make the thousands joining the procession keep the required distances, especially with everyone wanting to come closer to be able to, at least, touch even just any part of the image while pleading for their prayers to be granted. Watching the crowds on TV, I could not help praying also that no one among them was a carrier of the disease who could have infected one or two that may lead to a multiplier effect. I have the feeling, though, that by their faith alone, the Good Lord would protect them from infection.

But, as shown on TV, the procession this time was also “motorized” several with participants on motorcycles. Well, that was an innovation, but I am sure it worked because the riders could not get near each other or within infection distance! Oh, yes, Pinoys are really innovative people. Even in expressing or practicing their faith, they can always find a way. I am worried, though, about the coming Feasts of All Saints and All Souls Day in November. Would the COVID be vanquished by then? If you listen to all the reports on it, that is not likely, but I still believe that “Faith can move mountains”!

A very surprising news that came out recently was about people from Hongkong fleeing to other countries. What happened? Well, some people did predict that the Hongkongers would not endure the very different system of government they would have after the United Kingdom turned the territory over to China. I still do not understand why the British government did that, was a bargain part of the deal? Anyway, after living under the British style of government, the Hongkongers must have found the Chinese way not to their liking. Even if they are themselves mostly Chinese, too.

It was also reported that several families fled by boat and came were able to reach Taiwan, but some were caught by Chinese authorities and will surely be penalized for it. Although they happen centuries apart, incidents like this seem to repeat themselves in history. Remember the pilgrims who fled to the Americas? They, too, risked their lives in order to be free. They went through great hardships and sacrifices, but they did leave behind a “land of the free and the home of the brave”.

In the United States, too, it seems there is too much freedom and this could be the reason why the country has one of the highest number of casualties in this COVID war. Well, their own president seems to abhor wearing masks, and has very seldom, seen wearing one, so, as they say in a game for kids, “Follow the leader”. In fact, during their convention several, including their president were “unmasked”. But who could tell how many got infected in that gathering alone? Anyway, Those who came without masks knew the risks.

Meanwhile, what have our Education officials decided about the opening of classes? Is it really fixed on October? In the United States, universities that started classes recorded thousands of COVID cases. Dr. Anthony Fauci, whom I like to call the “COVID Guru” has been quoted as saying that he does not think the vaccines being produced now may not be ready for use of the majority until 2021. Well, that is less than four months away, and perhaps others would have produced other types before then. Let us all keep praying that will happen.* 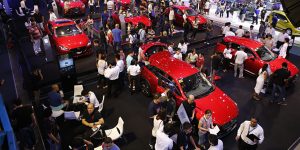