There are only 35 days before the American election and one can imagine the excitement, as well as the anxiety among the contenders and their supporters. The way I see it, the incumbent seems to be more worried than the challenger who still appears to be taking it easy even it his opponent has been accused of using fake propaganda items against him. Is Joe Biden that confident or is it only because Donald Trump is so insecure about his reelection chances?

Lately reports have been coming out about black propaganda coming from the Trump camp, but later reports said they were all proven fake. In that case, Biden’s chances could be favored, and it could be a black mark against his opponent. But what a time for that country to be holding an election! How are they conducting their campaigns and comply with all the rules against exposure to the COVID 19? Will candidates and their organizers be able to ensure physical distancing during last minutes meetings and rallies? If it is true that failure to wear masks could lead to one’s arrest, will that not disturb any gathering of supporters?

The Philippines is lucky because our elections are still far off, and, if our prayers are granted, the virus will have been conquered by then. It is disturbing, however, to hear some experts predicting that this will continue beyond 2022, but let us be more hopeful that it will not be so. As it is, even the education of children is being disturbed because it seems our leaders cannot agree on the best way to introduce a substitute for face to face classes. I wonder how other countries in the same category as ours are coping with that problem.

Meanwhile, the Food and Drug Administration is hoping to be able to acquire a vaccine from whichever country is able to concoct a successful one by the start of 2021. Let us hope and pray that it is able to do so, considering that, as of the recent weekend, the cases in the Philippines have already been estimated at no less than 300,000! Unfortunately, the report did not specify what areas are the worst hit, so we can only surmise that they must be in the highly populated areas, especially in those where people are not consistent in obeying the rule, even just the simplest one of wearing masks!

But again, as I love to quote, it’s an ill wind that blows no good. News yesterday said that stores all over the country are dropping the prices of their goods, especially those intended for the Christmas season. I don’t know if their owners are conscience stricken about raising prices during these times of crisis, but that will certainly be welcomed by the population. For the businesses, it could be that they are anxious to sell their goods, and overpricing them will discourage shoppers, who may even be hesitant about going out for fear of catching some COVID “droplets while shopping!

But is it true that a lot of people are believed to have acquired the virus while traveling by plane? No doubt, the airlines are taking every protection, not only for their passengers but for their staff as well. However, just a single one who had been infected being among them could probably infect a lot, since the air they breathe inside circulates around them all. So, if you can avoid traveling these days, try to do so, because one never can tell where those tiny devils are hovering! Which reminds me of an anecdote from my friend Norma Regidor, who is a retired ground employee of the Philippine Airlines and is now residing in California with her family.

Once she said, she was interviewing an old man who wanted to buy a ticket for the U.S. After he had furnished all the information required from him, he was asked. “Which do you prefer, Sir, aisle or window seat?” “Window”, he answered confidently, “Because I like to have fresh air!” Ah, Norma has a lot of stories about plane passengers mostly, alas, elderly folk from the Philippines! Another was about a woman who was found to have a mango seedling in her luggage upon inspection. The airline agent asked her “Don’t you know that it is prohibited to bring plants into this country?” “Of course,” she answered, “But that is not a plant, it is a tree!

Well, we need to laugh now and then, even if it is at the expense of our fellow Pinoys travelling for the first time to the U.S. Oh, there could be a lot more, but I believe our travelers are more aware now of the rules. But I had my own experiences while traveling like that grouchy American in charge of luggage of arriving passengers, who refuded to take down our luggage from the cart, saying we were supposed to do that ourselves. Since my suit case quite big and heavy, there was no way I could do it so he did, while grumbling “Why are you Filipinos always bringing too much?*

PrevPreviousAvoiding the gray list
NextIn aid of COVID – who’s to blame?Next
YOU MAY ALSO READ 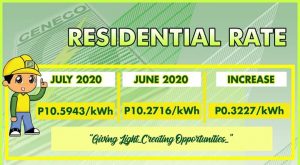 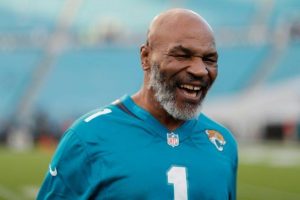 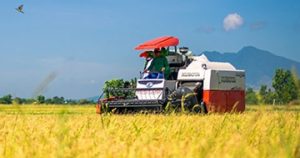 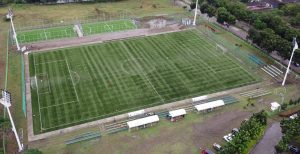