“Lord, forgive me,” were the words that came out from the mouth of the lone suspect in the brutal killing of four members of a family in Brgy. Tangub, Bacolod City, as he finally admitted that he perpetrated the crime.

A wailing Christian Tulot, 39, of Brgy. Malaabang in Concepcion town, Iloilo, was evidently full of remorse as he muttered his apologies to his aunts, Jocelyn Nombre, 59, and Jemma Espinosa, 69, his cousin John Michael, 35, and niece Precious, 6, for killing them.

The victims were buried at the Bacolod Memorial Park on Saturday.

Tulot made an extra-judicial confession in the presence of a lawyer and the media at Police Station 8 Saturday, where he admitted to committing the crime alone.

Tulot also asked his adoptive mother, who is in the United States, to forgive him for killing her sisters.

For the longest time that he lived with the victims, Tulot said he had heard a lot of hurtful words from his aunts but it never crossed his mind to hurt them.

Asked why he killed them, Tulot said he himself cannot explain why he committed such act.

Tulot narrated that he arrived from Salvador Benedicto town morning of Easter Sunday and found his cousin, John Michael, drinking alcoholic beverage in a hut in the compound.

Tulot asked John Michael to pay the P35,000 he owed him over an alleged illegal drug transaction but his cousin said he has no money.

John Michael and Tulot had a verbal altercation, then the former went inside the main house. When John Michael passed by the terrace, he saw the cane cutter, took it, returned to the hut and hacked Tulot, who was able to evade it, the suspect said.

Tulot said he wrestled the cane cutter from John Michael and was able to get hold of a hammer, killed his cousin and dragged his body outside but Jocelyn saw him.

Tulot said he also hacked and hammered Jocelyn to death after she pushed him while Jemma, who witnessed what happened to her sister, shouted for help. To silence his elderly aunt, he hammered and hacked her twice.

He said he later heard that John Michael’s daughter, who was in the living room, was on the phone with someone, and learned that she was talking to Jonel Nombre, husband of Jocelyn. Tulot said he instructed the child on what to say and after she got off the phone with Jonel, the suspect washed the hammer and the cane cutter before wrapping the bodies of John Michael and Jocelyn with blankets and covered them with a carton.

When he was about to leave, he again heard the child talking on the phone, so he decided to cover her face with a pillow until she died on the sofa, Tulot said.

He said he went to his friend’s house in Brgy. Bunga, Salvador Benedicto, with the personal belongings of the victims that he stole.

P/Major Joery Puerto, Police Station 8 commander, said they will use the affidavits of the immediate family members of the victims, the extra-judicial confession, and the autopsy reports as evidences in the filing of multiple murder and robbery cases against Tulot today.* 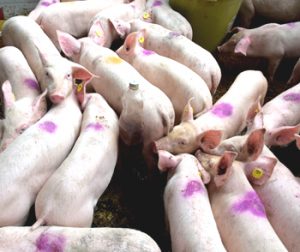 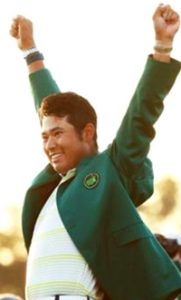