Tourist arrivals in Negros Occidental, excluding Bacolod City, dropped 85 percent last year than that of 2019 due to the ongoing pandemic.

In 2019, there were 858,995 tourists who stayed in various accommodation facilities in Negros Occidental, and only 135,425 last year, Jennylind Cordero, provincial tourism officer, said.

The 6th district, composed of Kabankalan and Sipalay cities, and the towns of Hinobaan, Ilog, Cauayan, and Candoni, had the most number of tourists at 57,843, Cordero said.

The district also had the most number of excursionists, with 333,194, who came for sightseeing and exploration but did not stay overnight.

The 5th district, composed of Himamaylan City and the municipalities of Binalbagan, Hinigaran, Isabela, La Castellana, and Moises Padilla, had the least number of tourists at only 6,799, Cordero said.

The tourism offices of other cities and towns of Negros Occidental have yet to submit their records.

During her presentation of the tourism status of Negros Occidental before Tourism Secretary Bernadette Romulo-Puyat at the Seda Capitol Central in Bacolod Tuesday, Cordero said most of the tourism attractions in the province have re-opened.

Provincial tourism office records showed that there are now 114 DOT-accredited establishments in Negros Occidental, out of 276, and 15 farm tourism sites.

Among the programs set to revitalize the tourism industry in Negros Occidental are the enhancement of interactive website and the establishment of a data tracking system for tourists, among others.

Cordero said they also plan to implement online reservation and payment for Mambukal Resort and Negros Residences, two of the top tourist accommodation facilities in Negros Occidental and Bacolod City.

Cordero also said that they will continue to provide support in the conduct of capacity trainings for tourism service providers and hold capability building summits for tourism frontliners. The DOT will finance the establishment of an app for the province where tourists can pre-register and be given a QR card that they can use while in Negros Occidental.* 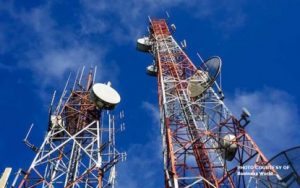