The Sangguniang Panlalawigan of Negros Occidental is targeting to complete the deliberations of the proposed P4.4 billion budget of the province for 2021, before the end of this month.           This was after the SP Committee on Finance, chaired by

The Negros Occidental Police Provincial Office ranked number one among key police units under the supervision of the Police Regional Office 6 in the arrest of wanted persons in Western Visayas from January to Sept.15 this year. 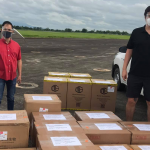 Wow! ABS-CBN has a fan and supporter in The European Parliament. I heard a report saying that it is appealing to our government to grant a new franchise to the network. Remember when it was suddenly divested of its franchise and silenced for seven – or is it more – months now? But while fans and avid listeners of ABS-CBN rejoiced, believing they would be watching their favorite programs soon, they did notreckon on the intensity of the grudge the Palace apparently had against it. I did not catch the exact words of spokesperson Salvador Panelo, but in effect, it was something like “Mind your own business”! So there we are. 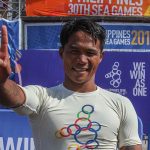