United Nations chief Antonio Guterres warns that world powers must pull together and retool their economies for a green future or humanity is “doomed” has he cited the failure to control the coronavirus pandemic as an illustration of the danger of disunity.

2020 had been billed as a pivotal year for the plan to dodge the bullet of catastrophic global warming with high profile summits planned to catch a wave of public alarm over the future of the planet. The COVID-19 crisis has shunted the climate into the sideline as nations have launched unprecedented shutdowns to try to slow its spread, but Guterres believes the need for climate action is still more urgent than ever.

Guterres urged governments to integrate their focus on cutting emissions into their pandemic responses, saying the crisis can be used as a springboard to launch “transformational” policies aimed at weaning societies off fossil fuels.

“I think the failure that was shown in the capacity to contain the spread of the virus – by the fact that there was not enough international coordination in the way the virus was fought – that failure must make countries understand that they need to change course,” Guterres said.

“They need to act together in relation to the climate threat that is a much bigger threat than the threat of the pandemic in itself – it’s an existential threat for our planet and for our lives,” he added.

Climate change warnings are no longer predictions of a distant future. The Earth’s average surface temperature has gone up by one degree Celsius since the 19th century, affecting the intensity of droughts, heat waves and tropical storms.

While shutdowns implemented during the pandemic could reduce global emissions by up to 8 percent in 2020, scientists have warned that without systemic change in how the world powers and feeds itself, the drop would be essentially meaningless. They also fear that massive COVID-19 stimulus packages being devised by governments could provide a crutch to polluting industries instead.

The past few months have demonstrated the impact of government decisions and policies on the lives of people during a pandemic. Hopefully our government that seems to have been overwhelmed by COVID-19 has a better long term strategy for systemic change as far as climate change mitigation is concerned.* 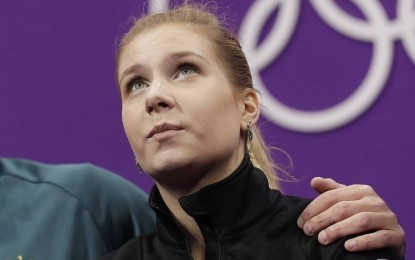