After more than 10 years of low-key paper works, the establishment of the Northern Negros Agro-Industrial Export Processing Zone will finally get a go-ahead as the city government of Sagay and the Philippine Economic Zone Authority are set to enter into a Memorandum of Understanding (MOU) today in a virtual signing ceremony to be held at the Sangguniang Panlungsod Session Hall.

The MOU signing between Mayor Alfredo Marañon III and PEZA Director General Charito Plaza will give both government institutions the green light to jointly develop and promote the expanded 1,600,000 square-meter (160 hectares) real property of the LGU, through a usufruct agreement, on top of the 200,000 square-meter (20 hectares) earlier approved for development by the city government, as concurred by the Office of the President in 2008 that will be opened to local and foreign investors.

The creation of the export processing zone is very timely because everybody is trying to go back to their hometowns under the “Balik Probinsiya” which is part of the post-pandemic recovery plan, Marañon said.

He added the NNAIEPZ creation is also consistent with the national government direction to decongest Metro Manila and in pursuit of the PEZA mandate to spur economic development in the countryside by providing employment opportunities to the locals.

Former governor Alfredo Marañon Jr., who used to be Sagay mayor and congressman of the Second District, is the original advocate for the NNAIEPZ creation, and succeeded in securing a Presidential Proclamation for the initial 20 hectares up for development in 2008, records showed.

“The export processing zone has long been the vision of then Gov. Marañon. This is his legacy as his administration worked tirelessly to realize this dream to provide jobs not only to Sagaynons but to other residents of the district, from Cadiz to Manapla. This is also in synch with our vision-mission in the Casama Development Alliance,” Rep. Leo Rafael Cueva (2nd District) said.

It is commendable how director general Plaza and mayor Marañon continued to work on this endeavour in the midst of the pandemic, he added.* 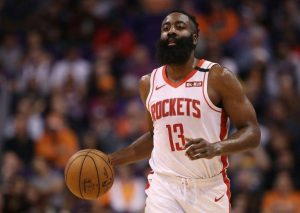