The RIATF endorsement, through its approved resolution dated Nov. 27, was signed by its chairperson Juan Jovian Ingeniero, who is also the regional director of the Department of Interior and Local Government in Western Visayas.

Leonardia, in his letter to Duque, disclosed that Bacolod City has met all the criteria for de-escalation with the further decline of Covid-19 cases in the past two weeks.

Of the 5,294 accumulated Covid confirmed cases, Leonardia reported that there are only 258 active cases, and recoveries had reached 4,875, or 92.08 percent, which correlates to good management and treatment of Covid-19 cases.

On the other hand, City Administrator Em Ang, who is also the executive director of the Emergency Operations Center Task Force, reported that 31 of the 61 Bacolod City barangays have been declared Covid-free, as of Nov. 26.

“This is a big improvement because last month we still had 78 percent of our barangays with active cases, now it’s down to 49 percent,” she said.

“I hope this will continue and result in further decline of the active cases in the City. We are expecting more barangays to be Covid-free,” Ang said.

Leonardia also said that the city government successfully implemented a Covid-19 surveillance testing on 5,581 persons in three major public markets and the slaughterhouse, the BHERTs, workers in the food industry and city government employees and frontliners, that yielded a positivity rate of 0.84 percent, with 47 confirmed cases.

He added that they are also working to further expand the city healthcare facilities, even if their utilization in all tertiary private and government hospitals in Bacolod City is only at 48 percent.

Of the number, Leonardia said less than half is from Bacolod City, while the rest are Covid-19 patients from other local government units in Negros Occidental.*GPB 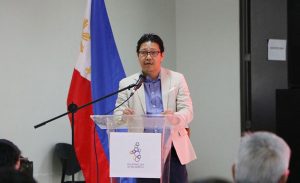