Despite data from the Department of Labor and Employment indicating close to 3.5 million workers nationwide have lost their jobs or suffered reduction in pay due to the coronavirus disease 2019 crisis, Labor Secretary Silvestre Bello III believes the country’s employment situation is now showing signs of improvement as more companies resume operations.

DOLE’s regular job displacement monitoring report showed that from January to October 4, the number of workers affected by the pandemic had reached 3,492,534. Of the total figure, 2,039,662 were affected by temporary closures of 85,438 commercial establishments while 1,357,619 were affected after 32,929 establishments resorted to flexible work arrangements or FWAs. There were 225,643 workers displaced as a result of shutdowns and retrenchment in 13,127 establishments nationwide.

Bello noted that most of the displaced workers nationwide were affected by temporary closures, meaning they will be rehired when the companies reopen. Flexible work arrangements that allowed establishments to cope with the economic impact of the pandemic involved the reduction of workdays, rotation of workers, forced leave, compressed workweek and partial closure.

To address the high unemployment rate, Bello said DOLE is backing the Department of Trade and Industry’s move to allow companies under general community quarantine to operate at 100 percent capacity.

While the nation’s leadership awaits a vaccine as their grand solution to the pandemic and the ensuing economic crisis, millions of Filipinos who have lost their jobs or suffered pay reductions are waiting for the economy to be restarted safely so they can go back to work and earn a living.

Most of the closures were optimistically declared as temporary when businessmen decided to shut down operations in the hope that government would be able to find a solution to the COVID-19 pandemic but with the situation showing no signs of improvement, the number of permanent closures and the unemployed could rise further.

Is our government doing everything it can so commerce and industry can recover or are our officials resigned to hoping that the private sector will find their own ways and means to get back to 100 percent capacity in a situation where government does not seem to be doing enough to provide an environment where businesses and employees can safely get back on track?*

PrevPreviousThe vaccines are coming!
NextHouse of Clowns strikes againNext
YOU MAY ALSO READ 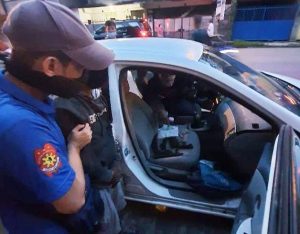 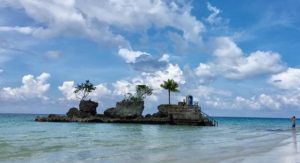