About P368,600 worth of suspected shabu was seized in buy-bust operations in Bacolod City, Friday and Saturday.

Two persons in the police watchlist and a newly-identified drug personality were arrested with P164,000 in suspected shabu in Purok Sigay, Barangay 2 in Bacolod, at about 2:50 a.m. Saturday.

Meanwhile, about P204,600 worth of suspected shabu and marijuana were recovered from two persons at Villa Ramos Subdivision in Barangay Villamonte, Bacolod, at about 6:35 p.m. Friday.

Charges for violation of Republic Act 9165, or the Comprehensive Dangerous Drugs Act of 2002, are being readied against the suspects.* 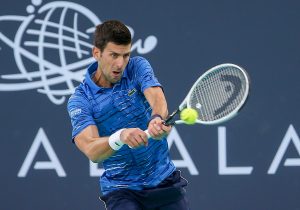 Djokovic to play at US Open