The water summit in Negros Occidental last year, that was organized by the provincial government, in tandem with Rep. Francisco Benitez, has paid off, after it has caught the attention of the United States Agency for International Development (USAID) Philippines Safe Water.

The USAID Philippines Safe Water has identified Negros Occidental, Palawan and Sarangani as recipients of a five-year Safe Water Project, which is designed to achieve a water-secure future for the country’s most water-stressed communities.

Gov. Eugenio Jose Lacson, who signed the memorandum of understanding, in behalf of the province, with USAID, during a zoom meeting yesterday at the Provincial Capitol Social Hall in Bacolod City , said he was informed that the five-year project has a budget of US$18 million, which is equivalent to P900 million.

Lacson said the project will tell them the real situation, as far as the water needs of Negros Occidental.

“Because of the USAID expertise, through their Safe Water activity, we will be guided on the steps that we need to know, which concerns our watershed, and even for our agricultural needs,” he added.

USAID Philippines, through its Safe Water Project, has responded to the current water security challenges in the country, such as inadequate and dependable supply of clean water drinking, which has become elusive in many areas, open defecation, and inaccessibility to safely managed sanitation services, which were also discussed during the two-day Water Summit in September last year in Bacolod City.

Hopefully, in the five-year program, something good will come out from this partnership with USAID, Lacson said.

The Safe Water Project of USAID is focusing on Bacolod City and Negros Occidental, Puerto Princesa City and Palawan province, as well as General Santos City and Sarangani.

In Negros Occidental, Safe Water will map put water hotspots and assess state of priority watersheds, such as Bago and Malogo rivers, and identify high recharge areas, through hydrologic studies, strengthening stakeholders coordination, alignment of various planning mechanism, and replication of watershed protection, financing and management schemes, according to USAID.

While specific projects for Negros Occidental have yet to be identified, Lacson said he believes that it is technology or guidance, on how the province move forward in addressing water management issues and concerns that is needed.

Lacson said he considers the signing of MOU partnering for water security of USAID as a milestone and a significant step toward a more serious and in-depth water governance for a more conclusive and sustainable development of Negros Occidental. 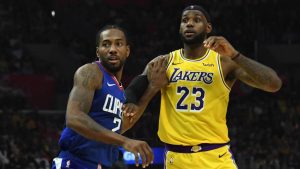