“Our battle is not yet over,” Jennifer Espinosa, a relative of the four massacre victims in Gardenville Subdivision, Brgy Tangub, said during the necrological service at the Bacolod Memorial Park Saturday.

Espinosa also asked her aunts, Jemma Espinosa, 69, and Jocelyn Nombre, 59, cousin John Michael, 35 and niece Precious, 6, to guide them in attaining justice for their gruesome murder.

Suspect Christian Tulot, 39, of Iloilo, who is the adoptive son of a sister of Jemma and Jocelyn, made an extra judicial confession and admitted the crime.

Jennifer thanked her deceased relatives for the memories as she recalled her last moments with them, especially with her cousin, Michael.

She said the last time they talked, he thanked her for bringing his wife, Rose, an overseas Filipino worker, to the airport.

Jennifer added that the siblings of Jemma and Jocelyn, who are abroad, wanted to attend the funeral but they could not do so due to travel restrictions.

Grace Espinosa, another relative, said that like any other family, theirs is not perfect as they also have their shares of misunderstandings.

“We had good and bad memories, but it never came to a point that we harbored hatred towards one another,” Grace said. “That’s why when this happened, we could not believe it,” she added.

One thing they learned from this tragedy is that time is precious, she said.

She recalled that the last time she spoke with them was in December, when they greeted each other during the Christmas celebration.

Rose, who is currently based in Saudi Arabia, said the last time she spoke with her live-in partner, John Michael, and their daughter was on Black Saturday.

After that conversation, she said she could no longer contact John Michael until she was informed that they were murdered.

Rose also said that he stopped using illegal drugs since they became a couple.

She was supposed to go home but decided not to anymore because of the difficulty in travel, considering that she will need to be quarantined upon arrival.

On Saturday, emotions ran high as the massacre victims were laid to rest four days after their decomposing bodies were found in their compound.

Only relatives and friends were allowed to attend the necrological service and the funeral. Policemen were deployed at the memorial park to secure the attendees while the media were not allowed on the request of the family for privacy.* 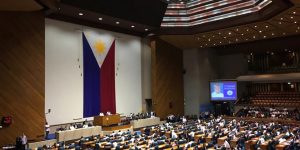