Does anybody still remember the “September Song”? That used to be a popular hit years ago but was often revived everytime September came around. I am not sure I can still remember the entire lyrics, but it had a very wistful beginning that said “Oh, it’s a long, long time, from May to December. But the days grow shorter. When we reach September…” Ah, I know some people will remember and continue to sing that because September is now here, and soon it will be December.

And then it will be Christmas, and children will be waiting for Santa Claus, and writing letters to him about the gifts they want to find under their Christmas Tree. And adults will also be wishing that they will be able to grant the wishes of the youngsters by pretending to be Santa Claus! But now, that the entire world is suffering under the mysterious disease caused by the new virus to appear on earth, will the ongoing pandemic affect the hopes and the celebrations associated with Christmas?

Will the COVID virus that has so suddenly and widely spread its effects all over the world be conquered by then? Will our prayers for our medical experts to discover an antidote for it be answered? Should our prayers and wishes not only be for a “Merry Christmas and a Happy New Year”, but for the disappearance of this coronavirus plague that had suddenly sprung upon us and continues to collect victims for almost seven months now? Lately, we have been getting news about vaccines and cures being tested in various countries, but so far, none have been approved and endorsed by health agencies and organizations.

So, all we can do until that miracle happens, is to observe all the precautions that experts are recommending, stay home as much as possible and work from there if it is possible and continue praying that a remedy will be found and that the Good Lord will inspire our medical experts and scientists to find the solution to this big health problem that has already claimed thousands, maybe even millions, by now, of the population worldwide. And please, a reminder to everyone: Don’t be obstinate and believe you are like an impregnable rock. You are still composed of flesh and blood that viruses could easily attack.

Sorry for sounding like a doomsday prophet, I guess that is a natural outcome of having been quarantined for more than half a year already, staying alone in my room, with only the TV, my thoughts, and my cellphone giving relief. But not when the news focuses on scandals, like what is happening at the Department of Health that has been discovered to be manned by people with unhealthy minds and habits! Now that no less than the President is on to their tricks, we might see heads rolling, and they deserve it.

Ah, but while I seem to be whining and griping over my own condition, there are also a lot of benefits that gladden my heart everyday, because I have very thoughtful relatives and friends – some of whom I haven’t met for some time – remembering and plying me with fruits, sweets, and reading material, including novenas which keep me prayerful despite the fact that churches have been closed for some time. So, I pray the novenas and include all the frontliners and those stricken with the virus, and for the protection of everyone. I was told before that when you pray for others, they are more likely to be granted than when you ask for yourself.

By the way, wish the best for those marking their birthdays but please remember not to celebrate it in a grand manner, or you will be like that fire marshall in Batangas who held a party and was fired for it! The COVID watchers are very thorough, and can be killjoys, but they’ll tell you it is for your own good. Meanwhile, a report said that hospital occupancy in Metro Manila is not as overflowing as before. Does that mean that the COVID cases are reducing? Dear Lord, please let it be. Let us all pray for that.

Oh my! The American election is getting nearer, and even if it is usually expected that the opposing parties will try to dig out all the dirt they can against their opponents, the issue that came out lately against the incumbent and reelectionist president, Donald Trump, is something that could impact greatly on his chances unless he could dispute it without any doubts remaining. This one claims that he had cheated to get into the University of Pennsylvania and a professor is demanding a probe on it! If Trump is not as lucky as Ferdinand Marcos, that will be his undoing. Remember Marcos and those supposedly fake war medals? I don’t think he ever disproved that. Will Trump?* 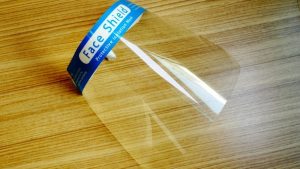 Palace stands by order on wearing of face shields in workplaces: spox 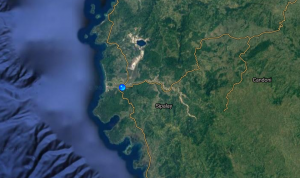 Come up with clear statement on reimbursement, Ceneco told