For better or for worse…

No warning or threats about the pandemic could keep the devotees of the Black Nazarene in Manila from going through with their annual devotions, and thousands still flocked to the Church in Quiapo on His feast day. It could be seen on TV that they were observing physical distancing, but there were some who, in their desire to get nearer the sacred image, forgot themselves and pressed as close as they could to be able to touch even just the area where it was placed. Their devotion was so touching, I found myself praying that none of them would be infected by those who might be carrying the virus.

Our recent source of news nowadays, which is mostly the TV, however, had not reported, as far as I know, if there had been a surge of the COVID disease after the feast. But I am sure that they were protected by their own fervor and assurance that they will be saved by their faith and trust that would be enough to ensure that no earthbound virus  would touch them. It was a beautiful  manifestation of faith and courage, that we all long to have. Didn’t Jesus Himself tell that sinful person brought before Him to “Go, your faith has made your free?”

But the news of those days as far as the United States was concerned, was the impending – or has it been accomplished by the time this comes out? – impeachment of their President, Donald Trump, who had  been time and again shown how unfit he is for the position they had voted him into. It was no surprise that he was easily beaten by Joe Biden, but for a while he had stubbornly held his ground, not accepting his defeat and seeking recounts  in states he believed had voted for him. Last I heard, however, was that he had finally seen reason. But his earlier refusal to concede had caused a riot that resulted in, I think four lives lost.

Less than ten days remain until the new U.S. President will assume office and it must be heart-breaking for Trump, who had been trying his best to hold on by seeking recounts, but later accepted the fact that the people did not want him anymore. Maybe he realized that he could go down in U.S. history as a sore loser, and finally conceded, or did he? Anyway, I also heard that he will not attend the inauguration of Joe Biden as his successor. Well, he could be forgiven for that, he probably felt he may not be able to stand it. And after the riot at the capitol, he may be subjected to cat-calls!

But what should be our priorities in our prayers now should be the end or the conquest of this pandemic that has been raging for several months now despite the fact that a vaccine has already been produced for it. I hear, though, that in the Philippines, many are still wary of vaccination, probably fearing that it could introduce the virus into their systems instead. I had hoped that some top official or officials of the land would set an example by showing themselves on TV submitting to vaccinations, but maybe they, too, are just as fearful.

Meanwhile, it was a beautiful tribute to the police officer who died during the riot at the capitol in Washington believed to be orchestrated by Trump supporters. The policeman got crushed in the riot and in tribute to his sacrifice, the American Flag was flown at half-mast in the capitol. What more significant and honorable tribute could have eased his family’s grief and that of his fellow cops than that? It means he died a hero, fighting for the preservation of freedom “in the land of the free, and the home of the brave”.

The World Health Organization has again emphasized the wearing of masks as protector against the COVID. Indeed, there are still countries where people are very casual about their attitude to this pandemic. In the scenes from the riot at Washington, one could see a lot of “unmasked” participants. TV scenes from other countries also show that mask-wearing is not popular among their people. I am sure Filipinos are more observant of such precautions. In Bacolod, for instance, those not wearing masks in public can be arrested. Which probably accounts for the fact that we have less cases than other areas. I still cross my fingers  when  I say that.

Less than ten days remain before Donald Trump hands over the presidency of the United States to Joe Biden who overcame him in their recent election. He had earlier said he would not attend the inauguration, but seems to have changed his mind lately. After all, he had his turn at the position and seems not to have made his term worthwhile as to leave memories and unforgettable accomplishments during it. Even if we no longer have political links with the U.S., we still consider that country as a foster parent who helped us develop and set us free late, to fend for ourselves – for better or for worse!* 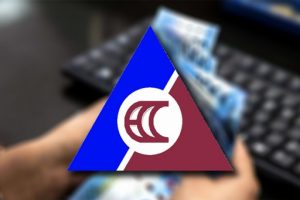