Thousands were glued to the live virtual funeral mass of Gov. Freddie Marañon. Some viewed it from Hong Kong, Japan and the United States but most were locals who would have loved to bring him to his final resting place if not for the pandemic.

Hundreds paid tribute by posting their message of thanks and condolences. Many of them were simply thankful for the leadership he provided in our province but there were some who gave thanks for personally witnessing his kindness and generosity.

The provincial government, led by Gov. Bong Lacson and Vice Gov. Jeffrey Ferrer, along with other officials, attended the funeral mass at the St. Joseph’s Parish Church in Sagay. The church stands on the property donated by Gov Freddie and Tita Marilyn told me, the day after he died, that it was his dream to see the church finished and she hopes that people will help make that dream a reality someday.

It was a simple, yet poignant High Mass officiated by San Carlos Diocese Bishop Gerry Alminaza. Sagay City falls under his diocese, but more than that, we know that Bishop Gerry and the late governor had formed a bond of friendship brought about by their common advocacy to protect the environment.

In fact, Bishop Gerry could not resist taking a jab in reminding the public and the officials present, of Gov. Freddie’s advocacy regarding clean and sustainable energy, which was among his last official acts as governor.

The bishop echoed the call of the youth sector when they rallied before the provincial government against the proposed coal-fired power plant in San Carlos City, saying the young were so thankful to the governor for standing with them at that time and “for inspiring the advocates that the planet and its people are what matters most.”

I remember that rally when about 2,000 youth advocates, many of them students, trooped to the Capitol grounds to put pressure on the provincial council to ban the coal project, which of course they sat upon, despite the executive order issued by Gov Freddie which called for a coal-free province.

I covered that event and among the protestors was the governor’s granddaughter who was studying at St. Scholastica’s Academy. It was a sight to see the gov hugging his apo and relaying a message that she and the future generation were the reason for his EO.

That’s how passionate the governor was of his advocacies – whether it’s organic agriculture, the environment, the Visayan Sea and others – he would unashamedly shed a tear when he fights for what he believed in.

Bishop Gerry said that the day the Lord called back Gov Freddie to His fold was providential as it was the feast of St. Therese of the Child Jesus, the patron saint of the Carmelite nuns where Gov Freddie usually went to hear mass.

It was also providential that the family chose yesterday to bring Gov Freddie to his final resting place as it was the feast day of St. Francis of Assisi, known as the saint of peace and the patron saint of ecologists.

Somehow, I believe Gov Freddie was instrumental in ensuring peace will reign in some parts of the province. Among his last official acts was when he and Vice Gov. Jeffrey courageously went to Moises Padilla after the assassination of the Garcias at the height of the campaign period in the last election.

The video of the governor in tears calling on the people to resist the violence by way of voting went viral and I know that was instrumental in ending tyranny in that town.

Before the mass ended, two of his daughters spoke to thank the people that have helped their dad throughout his political and personal journey. Aileen thanked each one who served their father, especially his personal aides and the medical staff who treated him here and in Manila and the UNEGA political party. She also thanked Gov Bong and the rest of the provincial officials for the overwhelming support they extended to the family.

Agnes, on the other hand, provided us a glimpse of Gov Freddie’s personal life as a father and as a grandfather and the stories she shared brought smiles especially the part when she mentioned that their father was not as patient as they would want him to be when it’s time to travel. “Pag go, go!” Agnes said.

That reminded me of the story that his older brother, Gov Joseph, loved to share. It was about picking up Gov Freddie to drive to Bacolod from Sagay. They were already midway when Gov Freddie suddenly remembered he left behind his wife, who was supposed to go with them.

My tears fell when they played the song “Remember Me” as they were showing his video. That song was from the animated film “Coco” to honor family members who passed away.“Remember me, though I have to say goodbye. Remember me, don’t let it make you cry.”

It evoked memories and it was indeed a fitting song to remind us of the gift that he was, for Negros.* 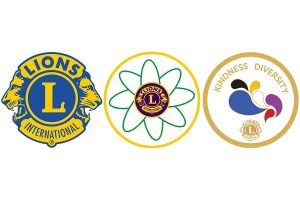 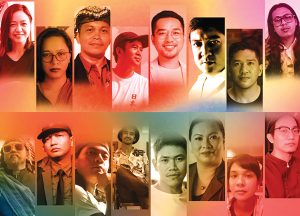 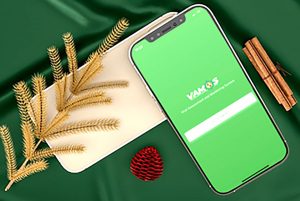