Duterte certifies 3 bills as urgent for economic growth amid Covid

President Rodrigo Duterte has certified as urgent three measures to boost economic growth in the country amid the prevailing Covid-19 pandemic, Malacañang said.

SB 1156 amends some provisions in Republic Act No. 7042, or the Foreign Investments Act of 1991, by placing a premium on the major role played by technological advancements as well as global and regional economic realities on the Philippine economy.

SB 1840 amends some provisions in RA 8762, or the Retail Trade Liberalization Act of 2000, by lowering the required paid-up capital for foreign retail enterprises and other purposes.

“These bills form part of the President’s legislative reform agenda and his certification to the necessity of the immediate enactment of the aforesaid bills aims to spur the country’s economic growth by creating a business climate attractive to foreign investments while providing livelihood opportunities to our countrymen,” Roque said Tuesday.

In a public address on Feb. 1, Duterte assured the public that the government is trying its best to keep the Philippine economy afloat after its gross domestic product (GDP) contracted by a record 9.5 percent in 2020.

Duterte admitted that the country’s economy is “sinking deeper and deeper” into recession amid lockdowns caused by the prevailing health crisis but noted that other countries are also experiencing similar financial crises.

“We are sinking deeper and deeper pero hindi lang rin tayo (but it’s not just us)…Pero (But) we are trying our very best to keep us afloat. Ang ekonomiya natin, mga kabuhayan, masama talaga. Biro mo naman, ilang taong walang trabaho (Our economy, our livelihood is in bad shape. Many people lost their jobs). The economy of the Philippines is in bad shape but as I have said, it is not only the Philippines suffering. We in the world are suffering with everybody,” he said.

Duterte, however, appealed to the public to keep their faith in his administration, noting that the government is doing its best to balance Filipinos’ health and the economy.

On Jan. 28, the Philippine Statistics Authority said the local economy, as measured by its GDP, sank by 9.5 percent in 2020, the nation’s worst economic performance since after World War II.

Duterte’s economic managers have expressed optimism that the Philippine economy will recover this year as the country aims to start its mass vaccination program this month.*PNA 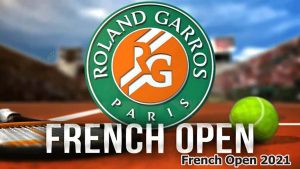