A High Value Individual (HVI) drug personality from Region 7 died in a shoot-out with policemen and operatives of the Philippine Drug Enforcement Agency during a manhunt operation in Brgy. Minoyan, Murcia, Negros Occidental, 7:30 a.m. yesterday.

A group of armed men shot and killed a 35-year-old man in Calatrava, while a security guard was found dead at his outpost in Sipalay City, all in Negros Occidental, the police reported yesterday.

A 39-year-old seaman, who held his own mother hostage Friday night in Brgy. 4, Victorias City, Negros Occidental, was arrested by the police and is now facing a string of cases, including alarm and scandal, illegal possession of firearms and illegal drugs, police chief Lt. Col. Eduardo Corpuz yesterday said.

A man stabbed his uncle dead before also stabbing himself in Purok Paghidaet, Barangay Tangub in Bacolod City, at about 8:40 a.m. yesterday.

A total of 1,205 police personnel engaged in the anti-drug campaign in Western Visayas are scheduled to undergo vetting and retraining, in compliance with the counter-intelligence process of the Philippine National Police, regional police director Brig. Gen. Rene Pamuspusan, said yesterday.

A police officer in Bacolod City is being investigated for using an impounded vehicle for his personal use.

Cop officers to be assigned to barangays

A police officer will soon be assigned to each of the 662 barangays of Negros Occidental, including Bacolod City.

The Glock 9mm pistol of the late Police Supt. Arnel Arpon, former chief of the Guihulngan City Police Station in Negros Oriental, who was killed along with five of his men in an ambush claimed by the New People’s Army rebels in 2017, was recovered from an NPA leader arrested Sunday, Col. Inocencio Pasaporte, 303rd Infantry Brigade commander, said yesterday. 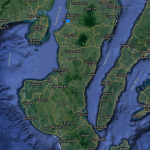 The provinces of Negros Oriental and Negros Occidental are now deliberating on health and safety protocols for sugarcane workers who will be crossing borders on the island in time for the milling season next month. 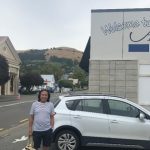 Suddenly, we woke up to hand sanitizers greeting us on our way to the elevators. Also, every entrance and exit to all restaurants on board the MS NOORDAM was blocked by smiling staff all holding hand sanitizers. There were crew members nonstop wiping the door handles, elevator buttons, toilets and rails leading to the food area with decontaminants. 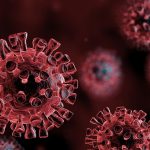 The local government unit of Dumaguete City, the capital of Negros Oriental, is reimposing stricter health and safety measures amid the rising number of coronavirus disease 2019 (Covid-19) cases. The city’s Inter-Agency Task Force for the Management of Emerging Infectious

Can this happen in the Philippines? A Chinese billionaire was recently sentenced to 18 years in prison for criticizing their President on the way he had been acting on the coronavirus pandemic in their country! Well, according to the report, it was not quite specified that it was the pandemic thing, but just for criticizing their leader. Well, that is not likely to happen in our country, because everyone knows that we are not blaming President Duterte for what has stricken, not only our country, but almost all those in the world.