A 6-year-old girl, with hematoma and who was found in a canal in Barangay Estefania, Bacolod City, at about 10 p.m. Thursday, was declared dead on arrival at a hospital.

A 4-year old child died on Wednesday, as a result of a shooting incident in Sitio Palasanan, Brgy. Mahalang, Himamaylan City, Negros Occidental.

The driver of the truck involved in a road mishap that claimed the lives of three persons on board a Ford Mustang at the Circumferential Road in Barangay Vista Alegre, Bacolod City, early Tuesday, was released that night after the 18-hour reglementary period had lapsed.

The driver of a Ford Mustang and his two passengers died when they hit the rear portion of an Isuzu 10-wheeler truck in front of the Jetti gas station at the Circumferential Road in Barangay Villamonte, Bacolod City, at about 1 a.m. yesterday.

Seven persons were apprehended for allegedly engaging in illegal gambling in Purok Tulihaw, Barangay 16 in Bacolod City, at about 7:40 p.m. Saturday.

Troopers of the 1st Provincial Mobile Force Company have temporarily taken over the EB Magalona Police Station in Negros Occidental after its personnel were subjected to COVID-19 swab testing.

Twelve more drug suspects are now in jail following their apprehensions in a series of buy-bust operations in Bacolod City Friday and Saturday, that also resulted in the confiscation of P99,120 worth of suspected shabu and its assorted paraphernalia.

A group of fully-armed men shot and killed a civilian driver of the police Saturday, before ransacking his home in Sitio Bautista, Brgy. Malasibog, Escalante City, Negros Occidental.

A policeman died while four others were injured after two tricycles collided at the Vista Alegre access road in Barangay Vista Alegre, Bacolod City, at about 8:30 p.m. Saturday. 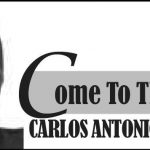 We are on our own. It feels like our government has run out of money and ideas. After wasting three months and trillions of pesos, we have to come to terms with the reality that our country’s best of the best boomers have failed. It is now up to us to do our best for ourselves and our families if we want to survive the next few years, health-wise and financially.

The basis of a healthy self-esteem

Everyone should have a healthy self-esteem. If we don’t have it yet, then let’s develop it and help everyone else to have it. A healthy self-esteem is important since only then can we have a good understanding of things and work properly as well.

What to ask Jesus for Christmas

I would be the least surprised if the American people are thinking of initiating a move to impeach their President, Donald Trump. After hearing confirmation of the report that he had known about the impending pandemic, but had kept the information virtually under wraps because he wanted to “downplay” its seriousness and not alarm the people, what else could be his people thinking now that his withholding of such dangerous threat be forgiven? Who can’t agree with his potential opponent, Joe Biden, when he said it was a “crime” to withhold such a horrible information that has now decimated their population by the thousands?

A security guard was punched by his drinking buddy and was declared dead on arrival at a hospital in Bacolod City, Thursday.