“You can’t win every battle. Sometimes victory comes in form of bowing out gracefully.” – Toni Payne

The Philippines started it all. Remember? It was our country that initiated changes and reforms in government through its initiative of “People Power”, probably the only bloodless revolution ever held by oppressed people. Those of us who were already of age when it happened, will never forget how we did it, how we drove off a dictator who mocked our longing for a truly democratic country. Until now, we must all hope and pray that such kind of governance will never happen to us again.

After months of hemming and hewing, holding back the tide, and delaying the inevitable, the Visayan DAILY STAR will have to cease operations at the end of this week as we try to find a solution to the existential threats that we stubbornly thought we could outlast.

And the Lord won

It was a weeklong circus that ended with the installation of Marinduque Rep. Lord Allan Velasco as the new Speaker of the House, replacing Alan Peter Cayetano.

Of course there are other reports and issues in the news today. But I am sure that for basketball fans, it didn’t matter who won the speakership of the House of Representatives. But the Los Angeles Lakers again won the championship in the 2020 series of the NBA games. I am sure the team was further inspired by the thought of their former lead man, Kobe Bryant, who died in a helicopter crash together with his young daughter earlier this year. Wherever he is now, I am sure Kobe was smiling down at his team as they trounced the Miami Heat with the score of 106-93. I can imagine him clapping his hands and calling out “Well done, Boys!”

While the Philippine government strategy for fighting the coronavirus disease 2019 pandemic has been to wait for a COVID-19 vaccine, significant work has to be done to undo the long-term damage wrought by the politically motivated campaign that targeted the dengue vaccine Dengvaxia that is seen as one of the main drivers of plummeting child immunization rates in the country.

A public post of Jonathan Espinosa went viral after it was shared in the news line-up of Digicast Negros over the weekend. He is an LSI who reportedly tested negative and was sent home. That homecoming was short lived though, after he was informed belatedly that he was after all positive and had to return to the quarantine facility.

The Department of Finance sees the country’s financial position as still “good” despite the onslaught of the coronavirus pandemic but it believes strict quarantine restrictions are holding back the economy.

EDITORIAL Despite data from the Department of Labor and Employment indicating close to 3.5 million workers nationwide have lost their jobs or suffered reduction in 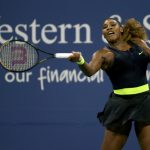 Serena Williams continued her hunt for a record seventh US Open title with a straight-sets win yesterday as Andy Murray crashed out in the second round at Flushing Meadows. 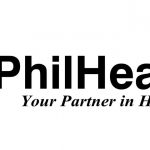 A call for transparency

Over the weekend, Talisay Mayor Neil Lizares issued a statement asking all hospitals in Bacolod City to provide immediate information to the LGUs if their health workers are under the list of “suspected” COVID-19 positives, have been swabbed and awaiting results. 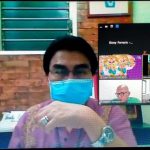 Business process outsourcing firms in Bacolod City with more than 1,000 employees have adopted 50 to 80 percent work-from-home arrangements, while those with 80 to 90 employees observe a one-seat-apart workplace setup, Mayor Evelio Leonardia said yesterday.