The death of two swine traders who were killed on Tuesday in Brgy. Magsaysay, Guihulngan City, Negros Oriental, brought to five the number of civilians murdered by the New People’s Army since last month in Negros Island, which is a clear violation of the Anti-Terrorism Law, Col. Inocencio Pasaporte, 303rd Infantry Brigade commander, said yesterday.

The number of confirmed coronavirus disease 2019 (Covid-19) cases in Negros Oriental continues to climb with 16 new ones reported in the last two days.

BY RENE GENOVE The City Inter-Agency Task Force said a quarantine facility is now ready for the exclusive use of active, auxiliary and non-uniformed personnel of the Philippine National Police based in Dumaguete City. Mayor Felipe Antonio Remollo and City

The Presidential Task Force on Media Security (PTFoMS) announced yesterday that it has taken over the investigation of the murder of radio broadcaster Cornelio “Rex” Pepino in Dumaguete City, Negros Oriental, for better and tighter coordination between law enforcement agencies.

The coronavirus disease (COVID-19) cases in Negros Oriental continue to climb with four new infections reported amid the continuous arrival of hundreds of returning residents to the province.

The Dumaguete City Sangguniang Kabataan chairpersons fielded questions and clarifications from officials of different agencies recently on the basics of how to open a bank account in order to properly utilize their SK funds.

The Provincial Agriculture Office (PAO) said armyworms have attacked several cornfields in Negros Oriental in the past days with the start of the rainy season.

The provincial red tide monitoring team has recommended the continued ban on shell fish consumption and collection from the entire Tambobo bay area in Siaton and North Bais Bay in Bais City, Negros Oriental until further notice due, to the presence of red tide.

A lawmaker from Negros Oriental, his family, and some other individuals, have voluntarily undergone home quarantine after coming in contact with a possible coronavirus disease infected official of the Department of Public Works and Highways (DPWH). 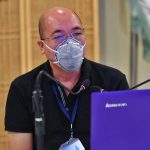 BY ADRIAN P. NEMES III “Generally peaceful” was how Vice Mayor El Cid Familiaran described the peace and order situation in Bacolod despite the spate of killings that have transpired in the city recently. Familiaran reassured residents and the business 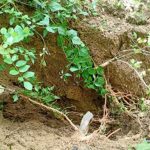 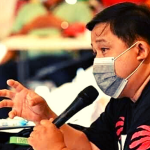 BY ADRIAN P. NEMES III What transpired in Cebu province where the coronavirus mutated is likely to happen in Bacolod City if mass gatherings are not stopped. This was stressed by Dr. Chris Sorongon, deputy for medical and data analysis 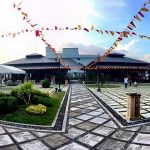 BY ADRIAN P. NEMES III There was no pre-Valentine concert that happened near the Bacolod Government Center, Dr. Chris Sorongon, deputy for medical and data analysis of the Emergency Operations Center, said yesterday. Sorongon said that members of Police Station 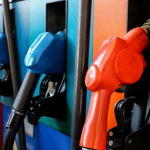 Another big-time increase on pump prices will be implemented starting today. In separate advisories, Chevron, Cleanfuel, Petro Gazz, PTT Philippines, Seaoil, and Shell said they will raise prices of gasoline by P1.20 per liter, and of diesel by P0.95 per 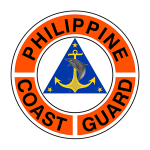