A personal grudge and affiliation with progressive groups are the angles being looked into by the police in the killing of activist leader Zara Alvarez, who was gunned down in Barangay Mandalagan, Bacolod City Monday night.

P/Maj. Richard Fajarito, Station 3 chief, said yesterday that a lone gunman and a driver of a motorcycle are being eyed as suspects in the death of Alvarez, of Cadiz City in Negros Occidental.

Alvarez, 39, had bought barbeque and was on her way home with her two board mates, one of whom was a minor, when the suspects tailed them and shot Alvarez in a dimly-lit area of Sta. Maria Street in Eroreco Subdivision, Fajarito said.

Alvarez was shot six times. Her companions were left unharmed.

Closed-circuit television camera recordings are being reviewed to help in the investigation, Fajarito added.

P/Col. Henry Biñas, Bacolod City Police Office director, said yesterday that they will assess the need to create a task group to focus on investigating the death of Alvarez, if it fits the parameters of creating such, depending on the progress of the investigation.

Biñas said they are reviewing the activities and the charges filed against Alvarez.

San Carlos Bishop Gerardo Alminaza and various groups condemned the killing of Alvarez and called for justice, while the Commission on Human Rights will also conduct an investigation.

“I bleed of this never-ending injustice and violence, someone closest in my work with the oppressed is murdered. I just cannot believe this continuing madness of senseless killings,” Alminaza said.

These systemic killings of human rights defenders and activists must be condemned and must stop, he said.

Alminaza said responsible agencies must pursue justice and accountability on those responsible and should never allow impunity of criminals doing senseless executions of Filipinos.

Alvarez was a human rights champion in the Negros island, an activist, organizer and ecumenical church worker, Alminaza said.

They took her life, believing that they can silence the cause she has been fighting for but martyrdom in the cause for justice will inspire us to advance the cry for justice – the cry of the oppressed, he said.

Bayan Muna chairman Neri Colmenares also said they condemn the brutal killing of Alvarez, a defenseless human rights paralegal, after years of harassment by the military and the police.

Alvarez was detained in 2012 for murder charges but was released on bail in 2014.

“The military and the police imprisoned her for two years on trumped-up charges but this was recently dismissed by the court which certainly outraged them. This is another state sponsored extra-judicial killing (EJK) and we vow that we will do everything within our power to ensure that those who perpetrated this dastardly crime against Zara and the other victims of extra judicial killings will rot in prison for their crimes and cowardice in killing defenseless victims,” Colmenares said.

The Communist Party of the Philippines (CPP) claimed that Alvarez was the second activist killed by state forces in a week following the assassination of Anakpawis chairperson Randall Echanis on August 10.

“The killing of Alvarez amid the pandemic is a brazen assault of the Duterte regime against the democratic rights of the Filipino people in its attempt to suppress the people’s seething indignation over the bungled pandemic response, corruption, treachery, brutality and mendacity of the Duterte regime,” CPP information officer Marco Valbuena claimed.

“The farmers of Negros have lost a selfless and firm ally. Zara was killed because of her principles and advocacies,” Ramos said.

Ramos added that the trumped-up charges against Alvarez had just been dismissed in March.

Alvarez was a teacher, a single mother, a former campaign and education director, and a paralegal of human rights group Karapatan and advocacy officer of the Negros Island Health Integrated Program.* 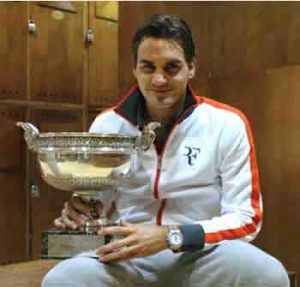 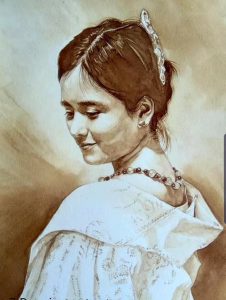