In a message to reporters, Guevarra said the effectivity clause of the law states that it shall take effect 15 days after its publication in the Official Gazette or in at least two newspapers of general circulation.

The Supreme Court (SC) earlier consolidated the petitions challenging the constitutionality of the law.

Cases were filed by the former head of the Office of the Government Corporate Counsel Rudolph Philip B. Jurado, Christian S. Monsod, Felicitas A. Aquino, and the Ateneo Human Rights Center, two labor groups represented by the Center for Trade Union and Human Rights (CTUHR) and the Pro-Labor Legal Assistance Center (PLACE), and the Sanlakas party-list.

The SC earlier required the Office of the President, several agencies under the executive department, and both houses of Congress to comment on the last four petitions seeking to stop the enforcement of the law starting July 19.

The Office of the Solicitor General (OSG) which will file the comments for the Office of the President and the agencies under the executive department has reportedly received the SC resolution requiring comment on the first four cases.

However, it is not known yet whether the OSG would file a motion for extension of time to file the comment because of the filing of the four other petitions.*PNA 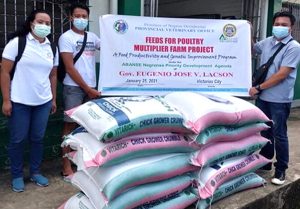