Some 6,270 doses of China-made Sinovac Coronavirus 2019 vaccines are expected to arrive in Bacolod City today which Emergency Operations Center executive Director Em Ang said is intended for the health workers.

Ang, who is also the City Administrator said, a five-day inoculation will be done starting Sunday for health workers from the Corazon Locsin Montelibano Memorial Regional Hospital and the Riverside Medical Center, Inc.

She said upon the arrival of the vaccines today, they will be brought to its repository at the cold storage facility at the Bacolod City Health

Ang also said that before the vaccines will be administered to the health workers, CLMMRH and RMC will conduct a vaccination simulation.

Dr. Chris Sorongon, deputy for medical and data analysis of EOC had said that CLMMRH has 1,642 healthcare frontliners while RMCI has 1,493.

Sorongon said that if the vaccines will not be fully utilized, the remaining ones will be cascaded to other hospitals in Bacolod.

Dr. Jane Juanico, head of the infectious disease section of the Department of Health Region 6, said the vaccination is voluntary and not mandatory.

The Bacolod City police Office is ready to secure the vaccines upon its arrival today with policemen being deployed at the Bacolod-Silay Airport until the vaccines are delivered to the storage facility, its spokesperson P/Lt. Liberty Indiape said.

Indape said policemen will also be assigned to man the storage facility while others will be requested to assist the traffic while the vaccines are transported.

Bacolod Mayor Evelio Leonardia said that they have not received any communication yet whether the city will receive doses of the Swedish-British AstraZeneca vaccines that were delivered in the Philippines yesterday.

Malacañang announced the arrival of more or less 870,000 doses of AstraZeneca vaccines.

Bacolod had purchase 650,000 doses of AstraZeneca vaccines using a portion of the P300-million budget allotted by the City earlier On top of that, Bacolod is negotiation with the pharmaceutical firm for an additional 150,000 doses.

Aside from AstraZeneca, Leonardia said, the city is also open to negotiations with other pharmaceutical firms including Janssen that had conducted the third phase of its clinical trial in Bacolod. But he stressed that the vaccines that had been procured so far along with those that will be given by the national government is already enough.* 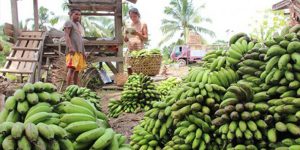 Halep knocked out of Madrid Open as Thiem cruises through