The Central Negros Electric Cooperative has extended the grace period for consumers from Bacolod City to pay their September electricity bills.

The Philippines started it all. Remember? It was our country that initiated changes and reforms in government through its initiative of “People Power”, probably the only bloodless revolution ever held by oppressed people. Those of us who were already of age when it happened, will never forget how we did it, how we drove off a dictator who mocked our longing for a truly democratic country. Until now, we must all hope and pray that such kind of governance will never happen to us again.

After months of hemming and hewing, holding back the tide, and delaying the inevitable, the Visayan DAILY STAR will have to cease operations at the end of this week as we try to find a solution to the existential threats that we stubbornly thought we could outlast.

Mayor Evelio Leonardia underscored the significance of capacitating cities towards national development as he expressed support for the full devolution of powers to local government units (LGUs) in two years.

Bacolod Councilor Al Victor Espino delivered a privilege speech before the Sangguniang Panlungsod during its regular session Wednesday concerning the non-implementation of City Ordinance No. 936 or an “Ordinance granting relief to delinquent real property taxpayers in the City of Bacolod through the condonation of penalties, interest and surcharges being imposed by the city.”

The Diocese of Dumaguete has sent financial aid to victims of the Beirut, Lebanon explosion through the international Catholic relief confederation, Caritas.

A 4-year old child died on Wednesday, as a result of a shooting incident in Sitio Palasanan, Brgy. Mahalang, Himamaylan City, Negros Occidental.

Gov. Eugenio Jose Lacson has submitted a P4.4 billion proposed 2021 budget for the provincial government of Negros Occidental to the Sangguniang Panlalawigan for review and approval. 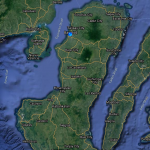 A woman and a laborer died in hacking and shooting incidents Friday and Saturday in Negros Occidental, with the two suspects now in police custody. 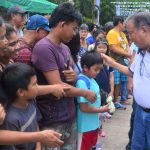 Finally! The President of the United States has condescended to wear a mask after so many unfavorable comments were heard from his people. But why did he choose to wear a black one? Is that still a sign of protest, that he is wearing it under duress? But who are we to question the president of such a powerful country as the United States? It is good enough that he has decided to help prevent the transmission of the wicked virus, not because he has been proven to have it, but because he may become a host, and, hence a threat to others. 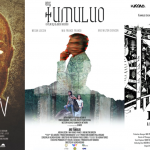