I told myself days ago to endure an hour of ranting from the nation’s leader in order to hear the announcement of what our new community quarantine status will be. However, with an earlier announcement that the city government appealed to downgrade us to GCQ, it was not worth staying up late.

Trump and the storybook emperor

There used to be a comic strip titled “There ought be a law”. It was a very funny one that made whichever newspaper or magazine that carried it very salable. This time, though, that title came to me after hearing or reading a lot of complaints about fake news, especially those involving officials. Of course we do have laws on libel and other forms of materials written or spoken against anyone in a manner that would affect his or her reputation, but usually the victims just fret and fume , but do not take any action against the purveyor.

The tourism sector is bent on taking the lead in the safe reopening of the economy as the country’s top tourist destinations Boracay and Baguio have secured the approval to accept tourists starting October 1.

Three more drug suspects were arrested by the police in the cities of Silay and Himamaylan in Negros Occidental, with about P50,000 worth of suspected shabu and its paraphernalia.

“We are open to any legitimate investigation anytime because we are not hiding anything,” Bacolod Mayor Evelio Leonardia said yesterday in reaction to a petition to the President seeking the liquidation of the funds being utilized by the city for the COVID-19 pandemic.

Did I hear it right? Did a hospital in Ohio, U.S.A. really discover a cure for the coronavirus infection? The report identified the medicine as the Catalopram tablet, but after its announcement the other day, nothing more was reported on it. Let us all hope and pray that relief is on the way, and that all those studies and experiments going on for a vaccine will be successful. In the meantime let us continue observing all the precautions being issued to keep ourselves and our loved ones safe.

Mayor Evelio Leonardia is working for stronger coordination between the city government and all private and public hospitals in Bacolod to strengthen the fight against COVID-19, a press release from the City Public Information Office said. 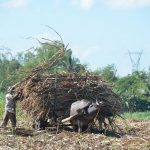 The country’s sugar production has continued to increase as of third week of July, the Sugar Regulatory Administration said. 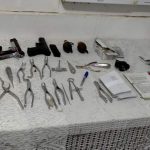 The Glock 9mm pistol of the late Police Supt. Arnel Arpon, former chief of the Guihulngan City Police Station in Negros Oriental, who was killed along with five of his men in an ambush claimed by the New People’s Army rebels in 2017, was recovered from an NPA leader arrested Sunday, Col. Inocencio Pasaporte, 303rd Infantry Brigade commander, said yesterday.